‍Land Conservation
The Boa Foundation works with first nations communities to regenerate degraded ecosystems and protect biodiversity. We support strategic land buybacks, assist with permaculture, reforestation projects, and a broad spectrum of eco-friendly solutions to increase the carrying capacity of land and community.

Cultural preservation
80% of the world’s biodiversity is found in indigenous territories. The Boa Foundation stands by the cultures that help life thrive. Songs, crafts, languages, and ceremonies are as valuable as trees in the forest, because they strengthen the values that support all living beings. We believe cultural preservation is crucial for our wellbeing.

‍Day-to-Day
The lives of indigenous communities are greatly improved by installing eco-friendly water systems, toilets, solar panels, and other sustainable technologies. At the Boa Foundation we continue to support small but significant community projects like these.

Building Bridges
By building lasting relationships based on trust and reciprocity, the Boa Foundation serves as a bridge between indigenous communities and the global north, weaving traditional wisdom and modern technology to create a world where wisdom and knowledge come together bringing balance and lasting peace.

We facilitate a variety of learning and exchange opportunities for our sponsors and participants in Europe, the USA, and our Elders’ native lands. The purpose of these learning experiences is for people to be educated on indigenous cultures by indigenous leaders and elders. We believe the wisdom held by our indigenous communities is essential to building a future worthy for our children, grandchildren, and beyond. 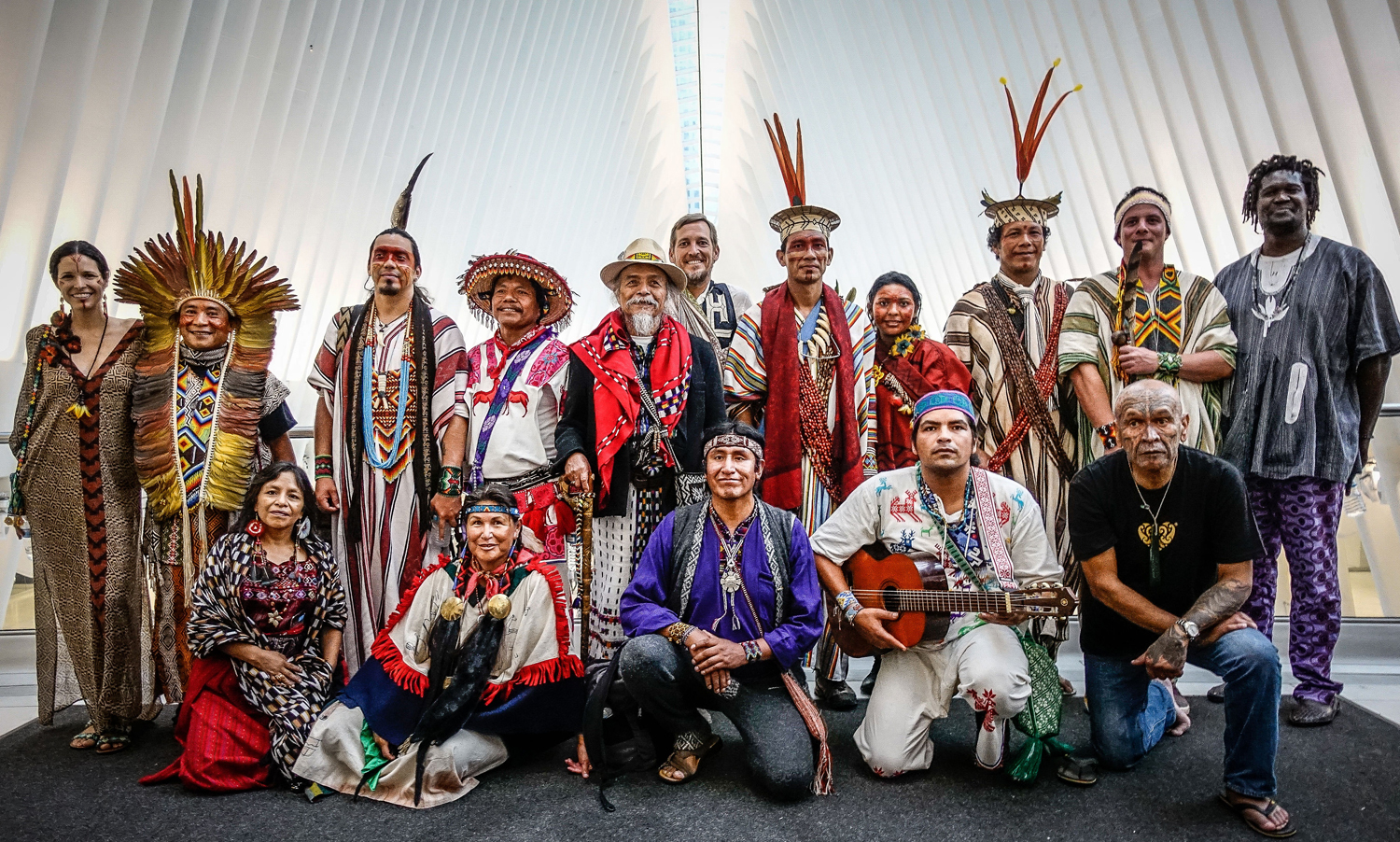 WE CREATE UNITY WITHIN
DIVERSITY

WE VALUE SERVICE
AS TRUE LEADERSHIP

OUR WORK IS BASED
ON GENUINE CARE 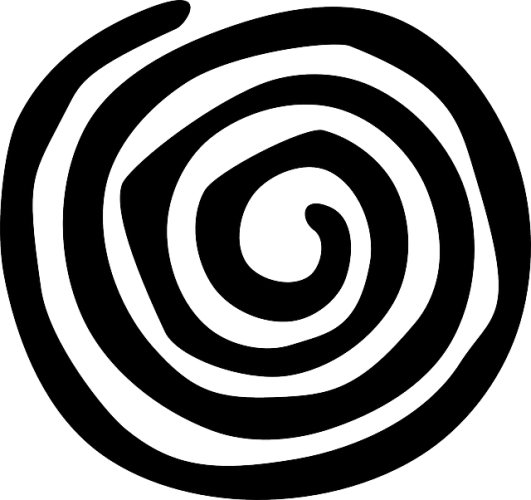 WE NURTURE THE ROOTS
SO THE SEEDS BEAR FRUIT 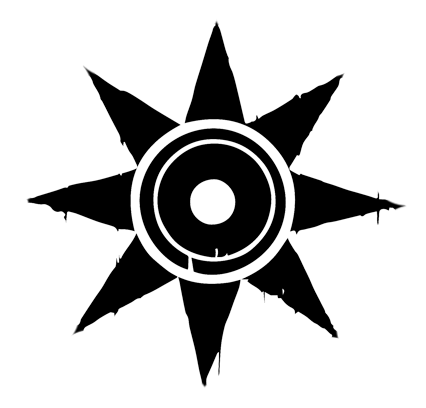 WE HONOR ALL WE RECEIVE
BY GIVING BACK 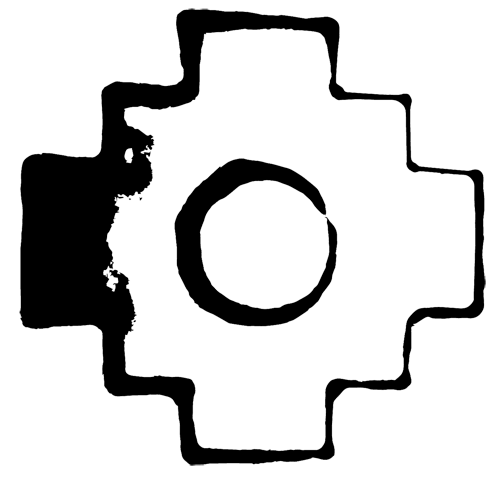 WE ALIGN OURTHOUGHTS,
WORDS AND ACTIONS

WE TAKE RESPONSIBILITY FOR
OURSELVES, COMMUNITIES, AND ECOSYSTEMS

Hello! Our names are Rudy Randa and Vivien Vilela, we are the founders of The Boa Foundation. Thank you for taking the time to read about our work!
‍
We met in Brazil in 2015, in a gathering where Ninawa Pai da Mata from the Huni Kuin people was sharing his culture. Within minutes of conversation we realized we had the same vision: learning from indigenous people how to live in harmony with nature, build alliances, support the preservation of their cultures, and amplify their message so the world can also learn what we seem to have forgotten.
‍
Ninawa shared that he needed a well for clean water in his village, and in less than a month we crowdfunded $18,000. Soon we were in his village delivering the funds and were so touched by what we saw: a whole village who had been drinking muddy water for decades and lacked so much of what we took for granted, yet they were the happiest people we had ever met. We became family, we learned how little we need when we are surrounded by nature and community. This showed us even greater depths of the importance of this work. We realized we extract resources we think we need to live, however, we are deeply disconnected from nature. We have forgotten its value and replaced it with stuff.

We left the forest totally changed and very inspired to spend more time there and carry on with this work.... And Ninawa’s village got their well.

The Boa family has since grown and we grow with it. We now have alliances with over 40 indigenous elders from all over the world and together we are actively participating in the transformation of the planet. 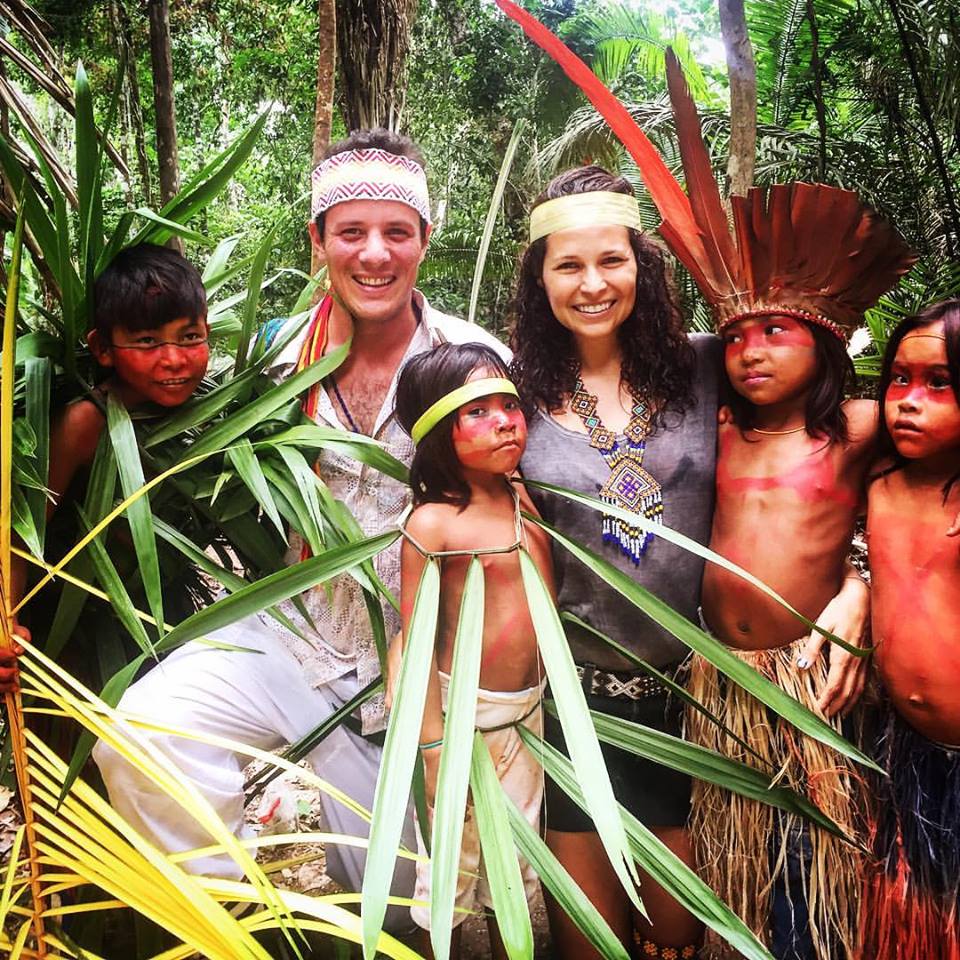 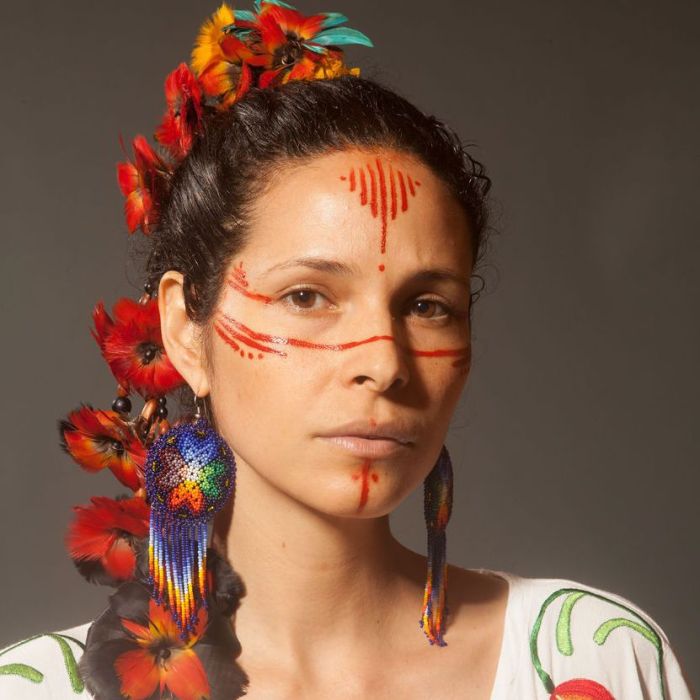 Vivien Vilela was born and raised in Brazil to a family of cattle grazers and saw first hand the devastating effects of deforestation. She has dedicated her life to conservation regeneration, collaborating with indigenous peoples since 2012. Vivien has studied under some of the most respected indigenous elders in the Americas and is currently under the tutelage of Ashaninka leader, Benki Piyãko. She is one of the advisors of his center, Yorenka Tasorentsi. 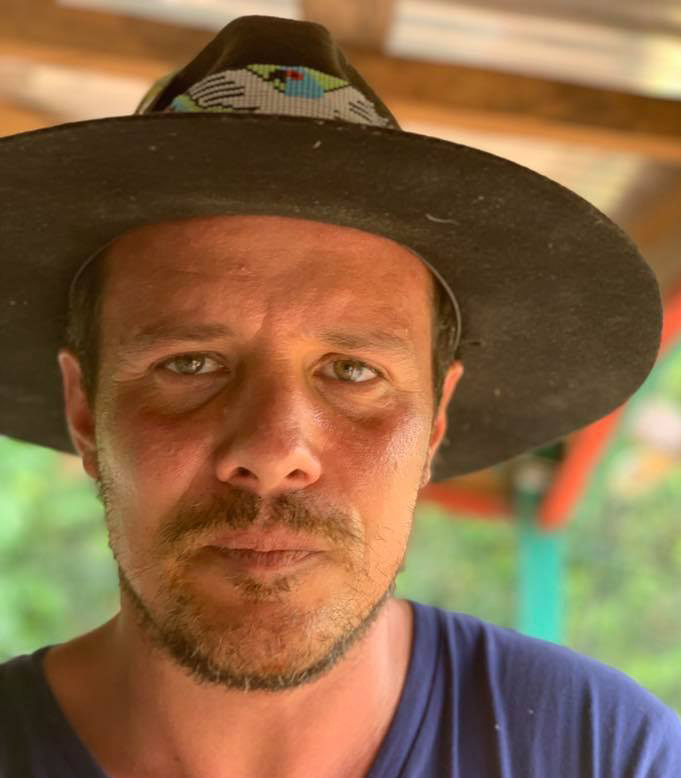 Rudy, son of Chief Justice to US District Federal Courts, grew up with a passion for creating a better world. He studied business and won three consecutive awards in production at a Fortune 100 corporation before turning his efforts to charity and working with the indigenous in January 2013. Rudy has studied closely with the Huni Kuin, Yawanawa, and Ashaninka people and firmly believes these ancient traditions have a lot to teach us in creating a sustainable future in which humanity thrives. 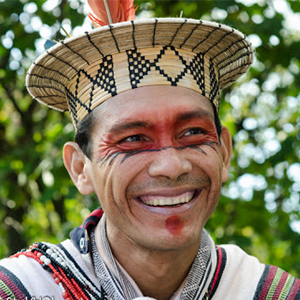 Benki championed the rights of his community at 12 years old. From 2005-07 Benki was the Environmental Administrator of Acre, Brazil, and is responsible for the repopulation of numerous extinct animal species in his region. In 2007 Benki created training center Yorenka Antame, where traditional and innovative solutions for sustainable forest management get discussed, discovered, and implemented by culturally diverse members of the community. Benki has planted over 2 million trees and created the world's first eco-market which exchanges plastic for food in the Amazonian town Marechal Thaumaturgo. He won the UN's Equator Prize alongside his community Apiwtxa for their remarkable environmental work. 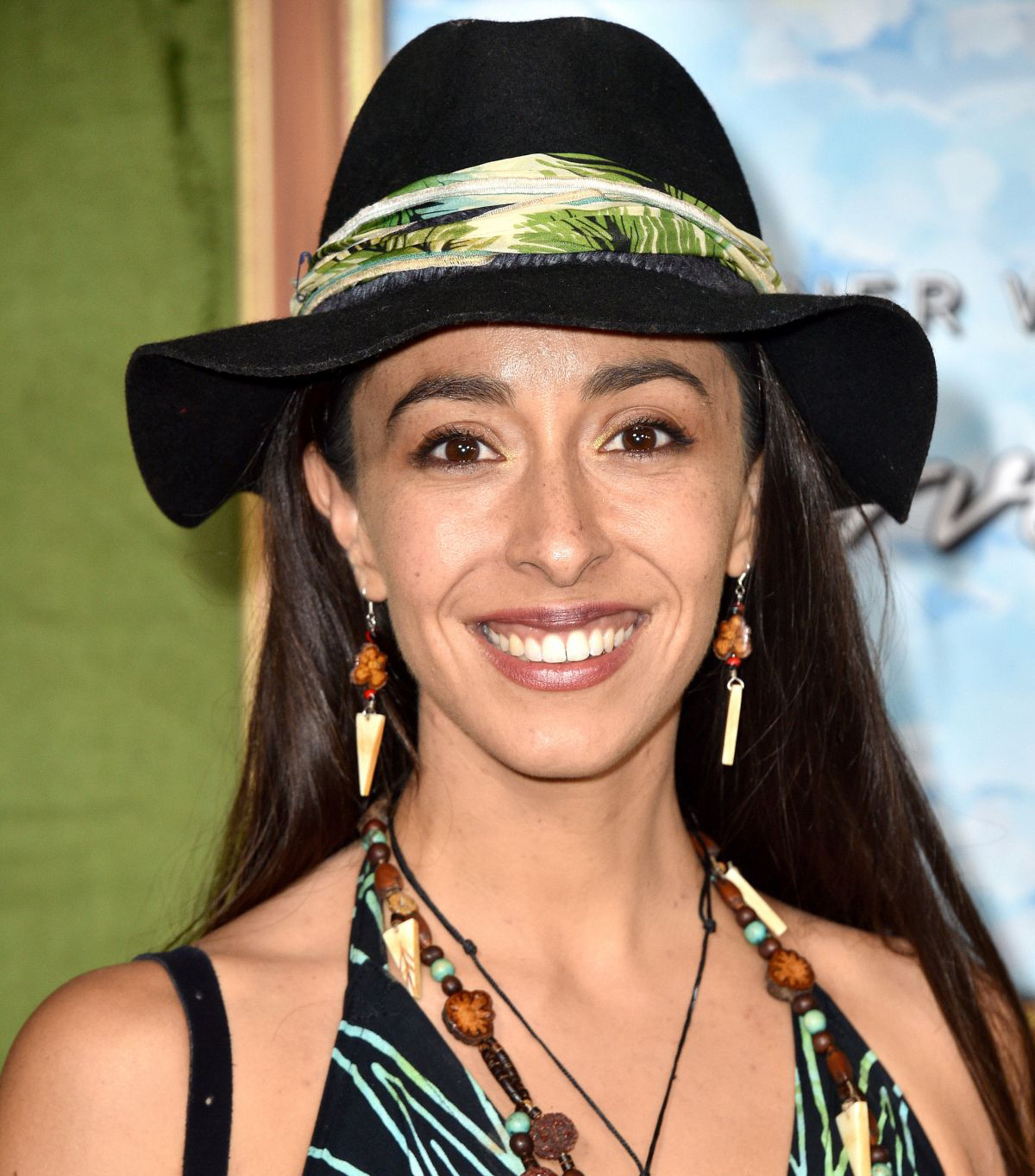 Oona is an actress and activist who starred in Game of Thrones and has a leading role in the upcoming Avatar sequels (James Cameron). As Charlie Chaplin’s granddaughter, she has inherited his passion for storytelling as well as the desire to use her voice to shine a light on social issues and the miracle of human potential. Reconnecting with her Mapuche ancestry, she has dedicated the past seven years to cultural exchange and learning with indigenous communities in Brazil, Mexico, and Chile. Her areas of interest are food sovereignty, indigenous seed saving, language rescue, and music. 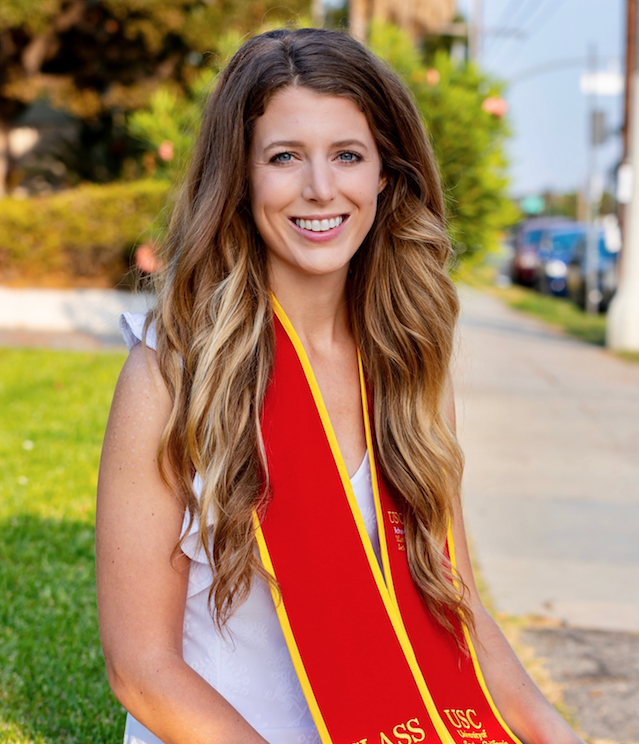 A 2x founder, Elizabeth received her Masters in Social Entrepreneurship from USC’s Marshall School of Business. Elizabeth's skills and expertise truly shine when in service. Even while working in the music industry, she dedicated her free time to founding and running a nonprofit that focused on empowering and connecting 300+ women around the world. She received her bachelor's from Vanderbilt University, where she double majored in Marketing and Gender Studies. 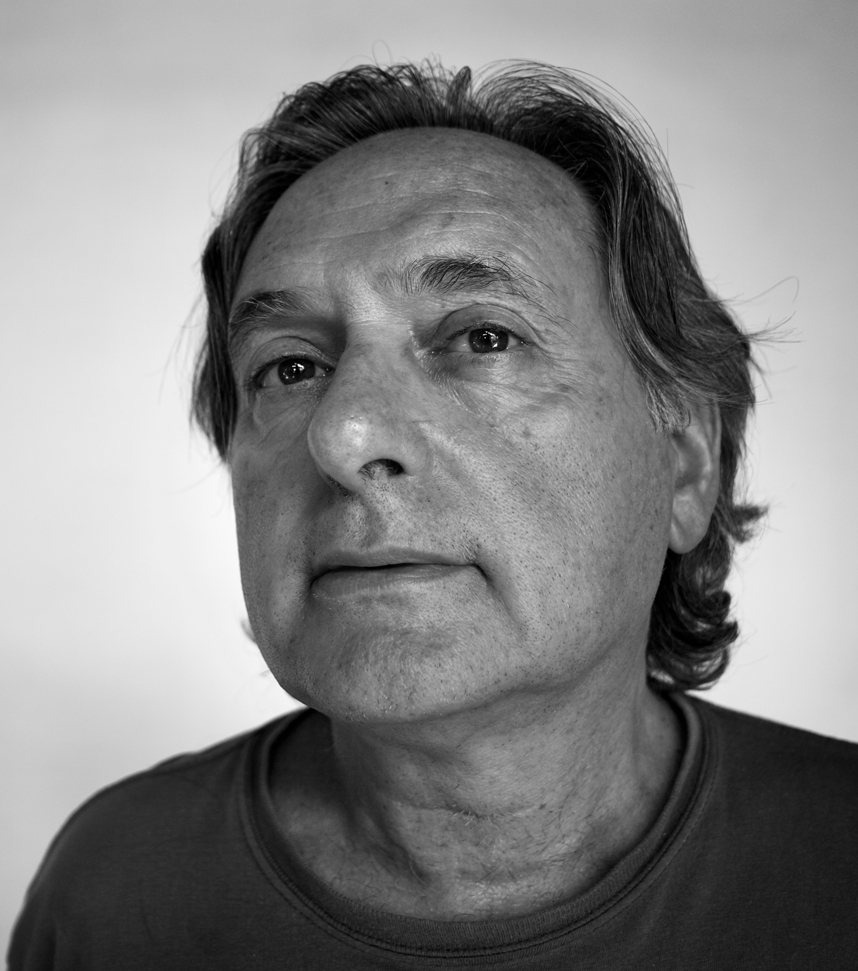 Marcelo Fortaleza Flores is an anthropologist, filmmaker, photographer, activist, and writer from Brazil. He identified and demarcated several indigenous lands in Amazonia, among which its first sacred indigenous territory (T’aihãntesu). He taught for 10 years between the US and France and was an Invited professor at the University of Paris 3, Sorbonne Nouvelle, and a research director at the CNRS in Paris. He is currently living close to the mountains and waterfalls outside of São Paulo to reconnect with his experiences of living more than six years among indigenous peoples, among whom he has learned two indigenous languages. 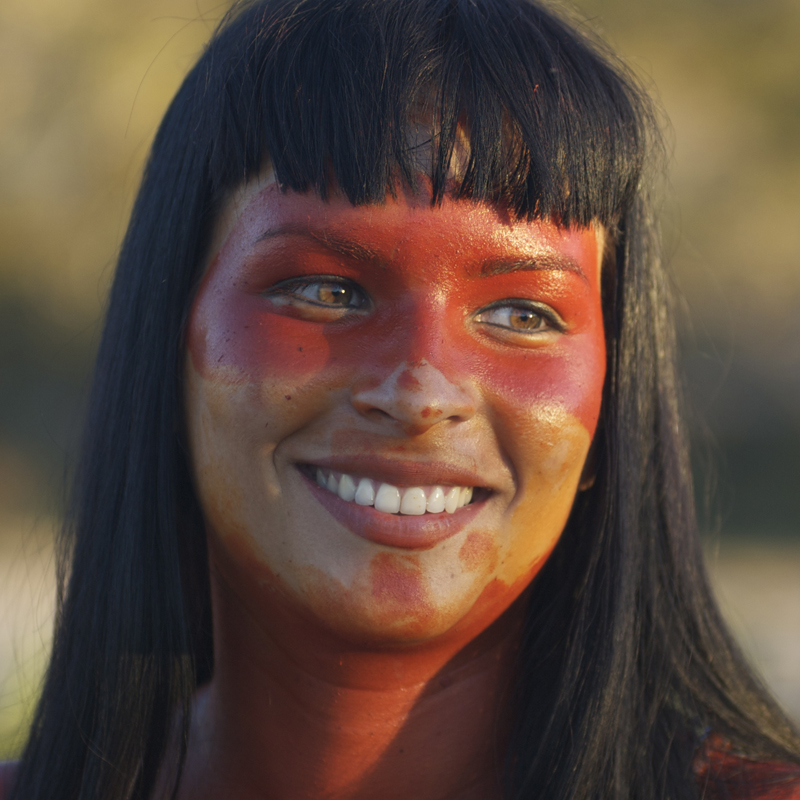 Rafaela Vargas is an anthropologist, psychologist, actress, and producer. She holds Masters in Social Sciences –Contemporary Societies– Latin American Studies– from the Université de Paris 3, Sorbonne Nouvelle, and in Ethnology and Social Anthropology from the École des Hautes Études en Sciences Sociales. For the last 14 years, she has carried out field research among indigenous peoples and other communities in Brazil: Xavante (2006), Paresi (2007), Pantanal communities (2008), among the Wauja (Xingu, since 2009), and among the Ashaninka (since 2017), where she has studied the ethnology of illness, food security, women’s rituals, dance, and ritual performance, and medicinal, therapeutic, and shamanic practices. Rafaela is co-director and associate at Senaya Filmes and works presently as a researcher and producer for cinema and television. Among her productions, she has developed programs for Globo TV and TV Cultura in Brazil as well as for several international channels. She has also been a researcher and local producer (Brazil) for the documentary feature Trópico da Saudade (Claude Lévi-Strauss, Return to the Amazon - France 5, TV Cultura), shown in twenty festivals worldwide, and more recently, for the documentary feature Day Zero (Netflix), to be released in 2020. Rafaela also works as an activist anthropologist and has carried research for fundraising projects for the empowerment of indigenous women leaders. 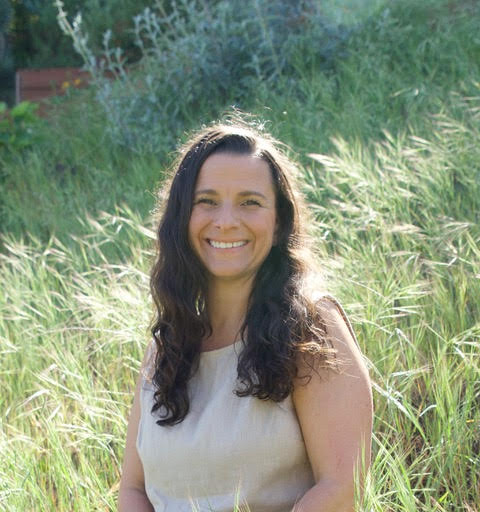 Jo Little worked for 15 years in music and event production, touring with popular bands, building music festivals, fashion shows, and events such as Al Gore’s climate change concert - Live Earth. In a heartbeat, her world turned upside down in 2011 when an aneurysm ruptured in her brain, resulting in an extensive 7-year recovery. Through losing her cognitive function and immersing herself in the healing arts out of necessity, she found a truly deep understanding of how our individual healing is linked to the healing of the planet as a whole. She now follows her passion of supporting global harmony and Earth-centered projects while emphasizing the importance of healing the nervous systems of the individual and the planet, giving reverence for nature's creation, and bringing ritual and ceremony back into our everyday lives. 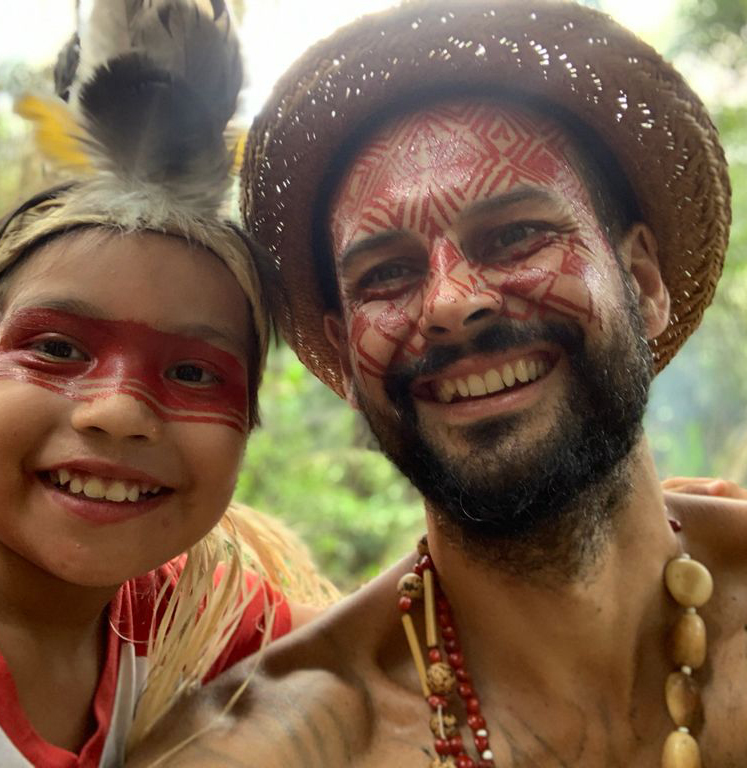 Andrew began working with BOA on the funding of a traditional school in Amparo, a Yawanawa village. As a Boa Alliance Adviser, Andrew helps build bridges between Indigenous-led humanitarian projects and those who want to support them. Andrew first visited the Amazon in 2018 and is proud to support his Yawanawa brothers and sisters. He is a psychotherapist during the week, with experience ranging from providing aid to orphanages in Mexico, fundraising and communications, to community mental health in Los Angeles.